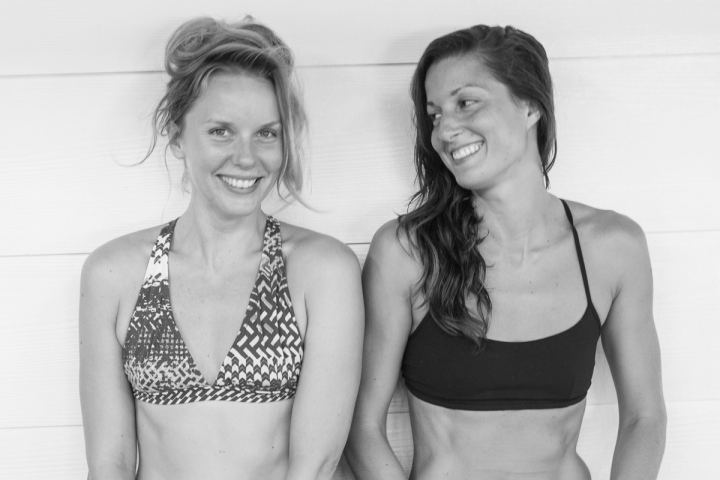 I  first met Ewa in 2013 at Green Monkey yoga studio in Miami Beach where we both taught. Although it took a while to warm up to each other, I eventually fell in love with her classes and then one day, in the spur of the moment we decided to teach a yoga retreat together in Costa Rica. It was a true act of faith; we barely knew each other but instinctually connected and ended up leading a very successful retreat of sixteen people at Blue Osa. We called it the Blue Dream Yoga Retreat.

Ewa and I are hosting two retreats in 2015. The one coming up from June 20-27 is the Blue Wave Yoga Retreat which will offer yoga and an opportunity to surf. For New Year’s eve we will host the second edition of the  Blue Dream Yoga Retreat at Blue Osa (December 27 to January 3, 2016.)

Here is a brief interview with Ewa so you can get to know her better too.

Where did your yoga journey begin?

I took my first yoga class in New York in 2006. I had just moved there from Sweden and rented a loft in a factory building in Dumbo, Brooklyn. My new-found friend wanted to start teaching yoga and asked if she could come and teach me and my friends in my loft. I said yes having no idea it would change my life. Although it took me about three years to go ‘all in’. I was practicing once a week for a long time until one day I had a sort of awakening. Something clicked in my head and I decided to make yoga my life.

What is the most challenging experience you’ve had in your yoga journey?

In October last year I was bitten by a chikungunya infected mosquito on Jamaica, and infected with a virus that makes all your joints ache like crazy. It took me back to the time when yoga was so incredibly difficult, even the basic poses became impossible, and although it was a challenge and really upsetting at times I now feel grateful for that humbling experience.

What has yoga taught you about life?

To not believe everything I think.

What is the most exciting place you’ve ever traveled to? Why?

The rainforest in Costa Rica’s Osa peninsula is my current favorite. When I leave the forest keeps calling me back every night, for days or even weeks, in my dreams.

What is the biggest takeaway of teaching your first yoga retreat in Costa Rica last year?

It is so rewarding to get to spend that much time with your students. Normally I have one or maximum two hours and then I don’t see them again for days or weeks. During that retreat, and the following retreat I hosted on Jamaica in the fall, I really had the opportunity to watch the participants grow.

What was the most challenging part of it?

To leave the group and go home.

Describe one of your favorite moments on a yoga retreat.

The rain pouring while we are practicing on the yoga deck, the feeling of absolute freedom.

What advice would you give to someone who is considering going on their first yoga retreat?

One thought on “Interview with Ewa Josefsson”

This site uses Akismet to reduce spam. Learn how your comment data is processed.